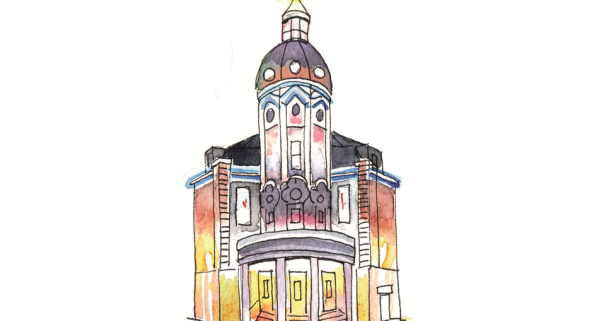 Autumn at New Wimbledon Theatre is looking better than ever this year, with a wide array of entertainment on offer across the main auditorium and newly refurbished Time & Leisure Studio.

The brand new tour of Cabaret opens here on 21 September, starring Will Young who reprises his role as Emcee, alongside Strictly Come Dancing colleague, Louise Redknapp in the iconic role of Sally Bowles. This spectacular production, directed by Rufus Norris has enjoyed two smash hit West End runs, and features show-stopping choreography and some of the most iconic songs in musical theatre.

After a thrilling turn as Millie Dillamount earlier this year, Joanne Clifton returns to Wimbledon with more of her glitterball winning moves as Alex Owens in Flashdance-The Musical alongside A1 heartthrob and songwriter Ben Adams as her love interest Nick.

Two female icons of the swinging sixties are celebrated in November. Cilla-The Musical tells the legendry story of Cilla Black, following the early years of her career and soundtracked by her own hits, with appearances from her good friends The Beatles and starring Kara Lily Hayworth who won the role after a nationwide search for the perfect star. Son Of A Preacher Man stars Diana Vickers, Debra Stephenson and Ian Reddington, in this brand new music biopic of Dusty Springfield, directed and choreographed by Craig Revel Horwood.

Enjoy exclusive audiences with Greg Rusedski in September and Katie Price in November, as well as a variety of comedy, music and family shows, there’s something for everyone at New Wimbledon Theatre, culminating with the ever-popular family pantomime. This year, Jack and the Beanstalk stars Pub Landlord Al Murray, and Olivier Award-winning Clive Rowe.

The newly refurbished Time & Leisure Studio stages all the very best in theatre, opera and live music from around the world, and is now also fully equipped for cinema screenings.


This season will feature the Royal Shakespeare Company, Shakespeare’s Globe, David Gilmore: Live from Pompeii, and spectacular opera from the famous floating water stage in Bregenz, Austria with Carmen on The Lake: a visual spectacle not to be missed.

The studio is also a great launch pad for comedy and new plays and musicals, hosting the European premiere of Tenderly-The Rosemary Clooney Musical will runs from 1-23 September, regular Laughing Boy Comedy nights, and the ultimate night out, Opera Bites Dining Experience on Saturday 7 October.