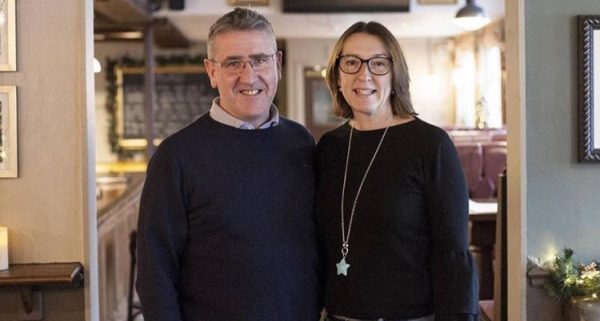 The Alexandra, Wimbledon is starting the New Year in pride of place as the regional winner and national finalist in the inaugural Parliamentary Pub of the Year competition, which sees the overall champion announced on 15th January at the House of Commons, Westminster.

Launched in the summer of 2018 by Chairman of the All Party Parliamentary Pub Group, Toby Perkins, MP, the competition seeks to recognise the important role pubs play in British life and the value they add to the local communities and local economy.

Following nomination by their local MP, each pub had to submit a short video portraying the character of the pub (watch The Alexandra’s video) and their engagement with their customers and local community. Videos were then viewed by a panel of judges and regional finalists selected, with the overall winner being revealed on the night of the 15th.

The Alexandra has become well known within its community for the work it does to help relieve loneliness over Christmas with free Christmas dinners for those on their own and throughout the year with their Meet Up Monday events.  Licensee Mick Dore said: “We bring together so many people from within our community who feel isolated or lonely, forging friendships and a sense of belonging,  with our pub being the real hub of our community.”

Chairman of the All Party Parliamentary Pub Group, Toby Perkins, MP, said: “We are thrilled at the quality of entries for the inaugural Parliamentary Pub of the Year competition. The 14 finalists’ video entries show the diverse range of pubs out there, and I know that it will be incredibly difficult to choose the winners from these entries.

“Pubs play a crucial and much-loved role in our daily life and the enthusiasm that MPs have shown in promoting the claim of their locals to this title shows the pride that our communities take in our pubs.

“We look forward to saluting all our finalists on the 15th and crowning our champion.”

The 14 finalists were picked from over 100 nominations made from MP’s across the country.

To all at The Alexandra, best of luck for the announcement on 15 January, we will have our fingers and toes crossed for you.