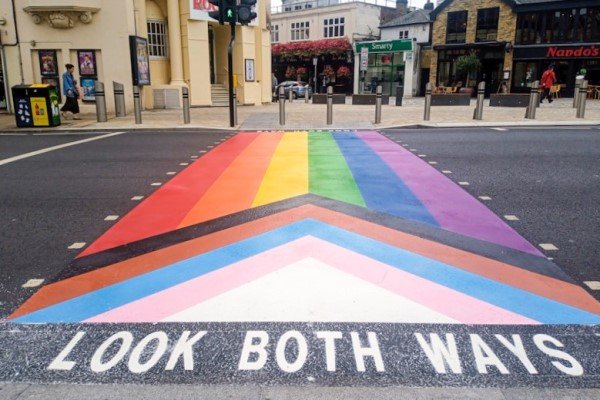 The UK’s first rainbow crossing was created in Wimbledon Town Centre in 2019 by Merton Council and Love Wimbledon BID. After a short break, the crossing has returned with a slightly different look and even more colour.

Situated outside New Wimbledon Theatre, the crossing, which acts as a symbol to celebrate the LGBTQ+ community, now features an updated ‘Progress Pride’ flag to include representation for black and trans pride. Delivered by Merton Council, this will be the first rainbow crossing in London with the new design – the chevron of black and brown stripes to represent people of colour, with blue, pink and white stripes to represent trans people. The white also symbolises those who have been lost to HIV/AIDS, and the chevron points to the right to show forward movement, indicating progress. 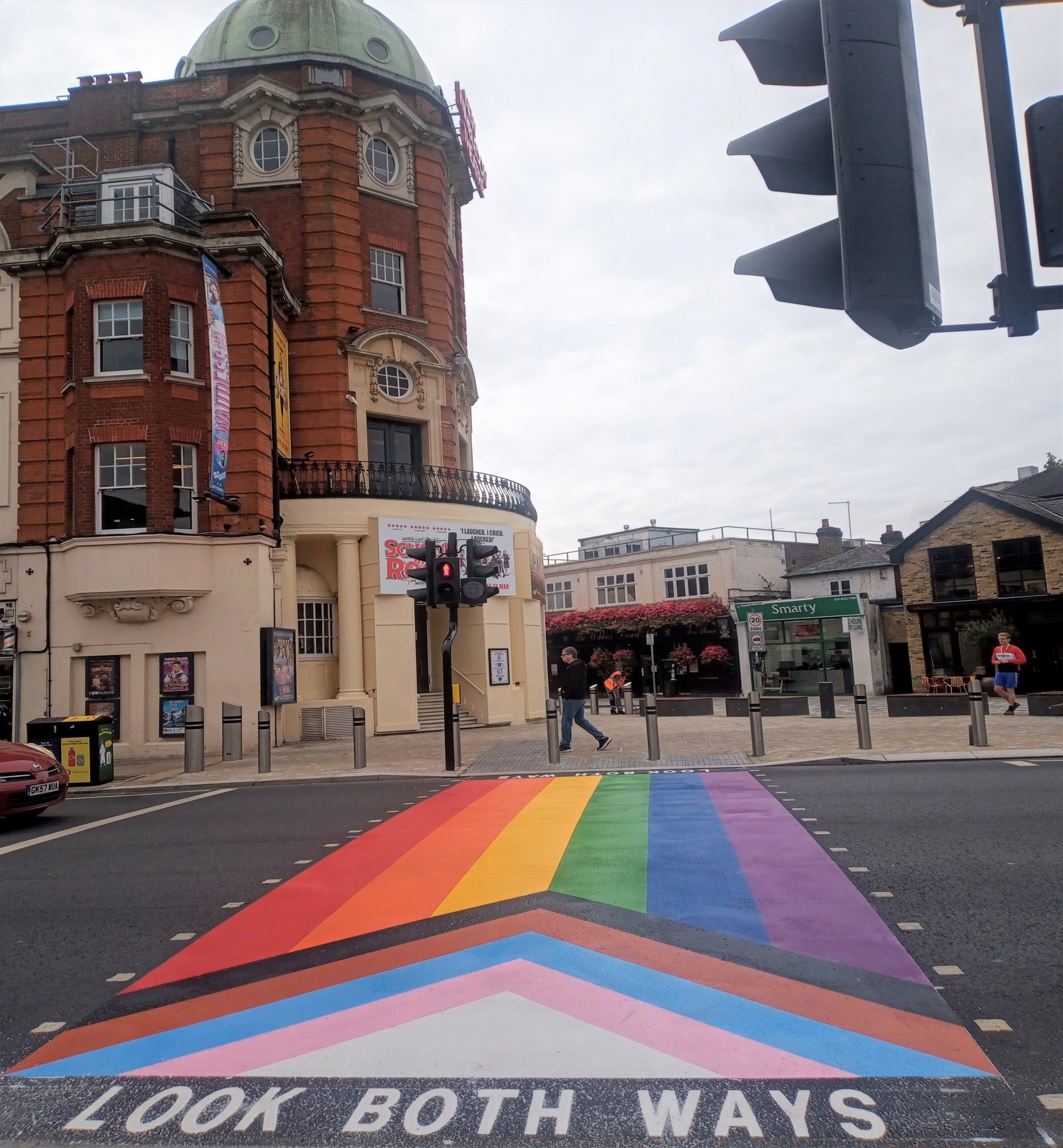 The crossing has been relocated to a new location 50m west of The Broadway, after the entrance space outside the theatre was extended to create a new public space.

As well as providing a welcoming diversity message, the crossing offers colourful joy to schoolchildren, shoppers and culture-lovers who are passing by. It acts as a celebratory reminder for Wimbledon’s first LGBTQ+ bar CMYK, home to great queer DJs and drag entertainment located just a brief walk away from the crossing. 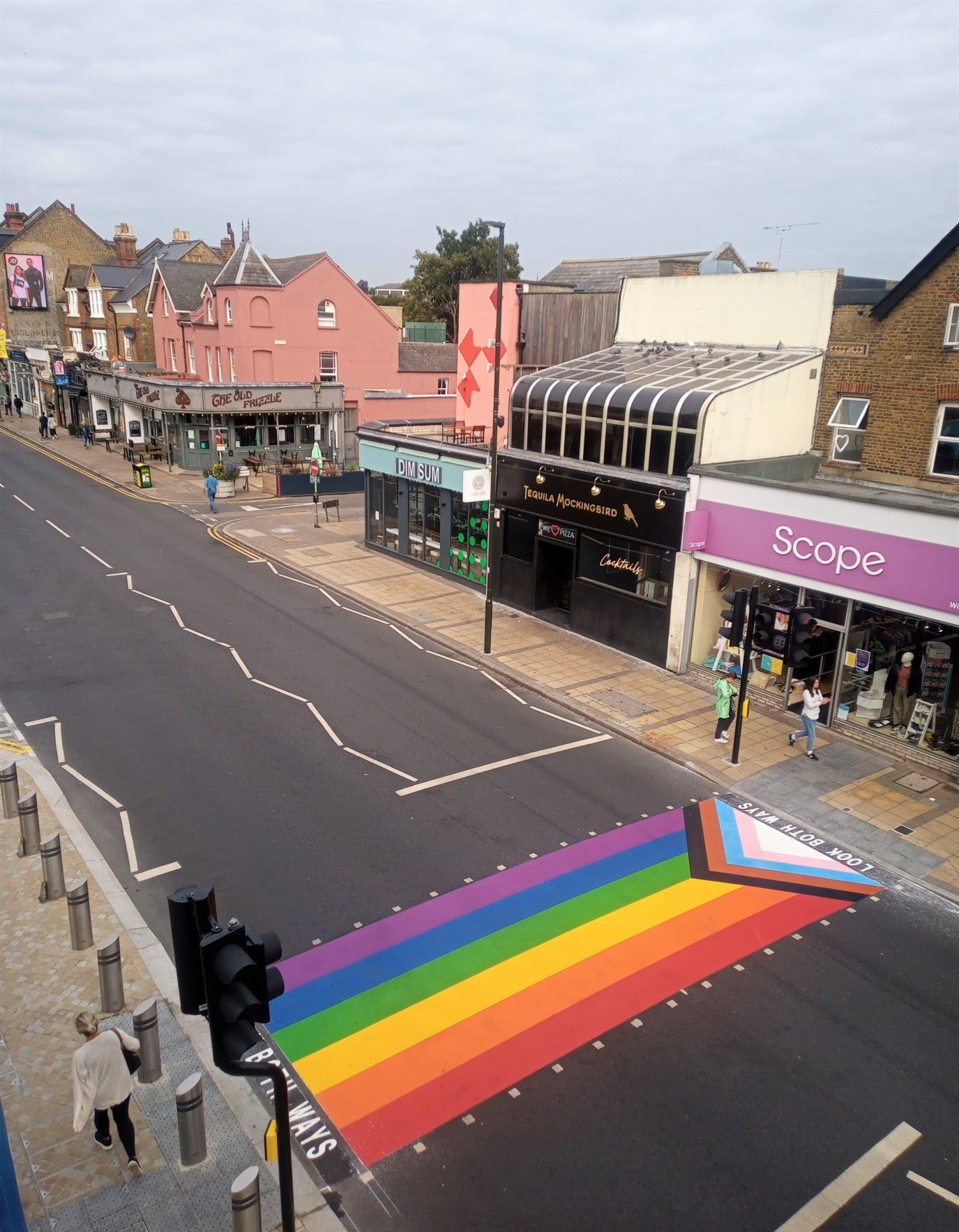 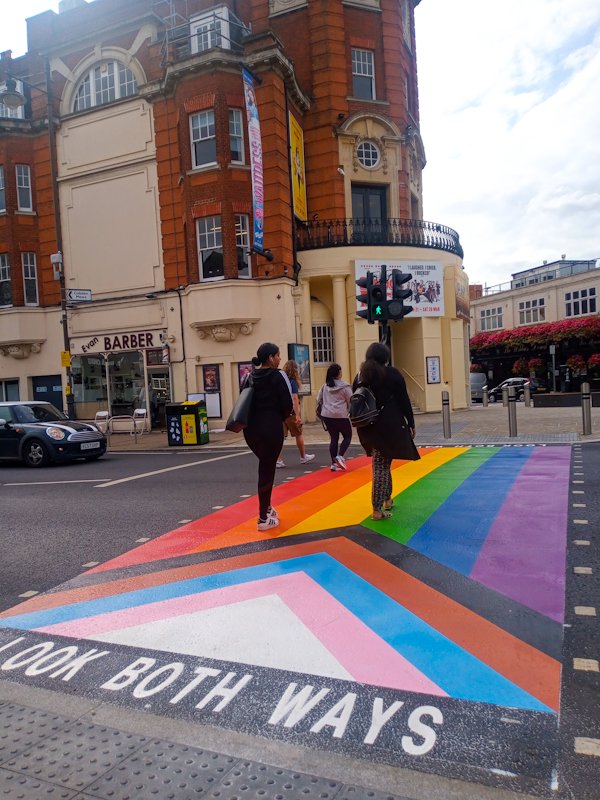 We’re very glad to see the rainbow crossing return to Wimbledon, with a new and more inclusive design to represent the broader LGBTQ+ community. As well as creating a warm welcome to all, the crossing contributes to the growing arts and cultural scene in Wimbledon and is an absolute joy to see. 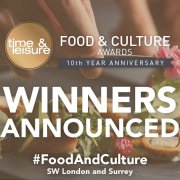 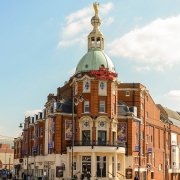 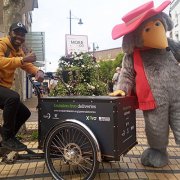 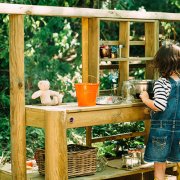 What’s On in Wimbledon This May Half-Term 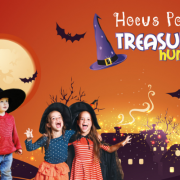 Half Term and Halloween Fun 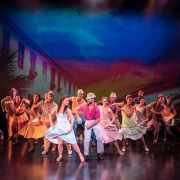 What to See in Wimbledon 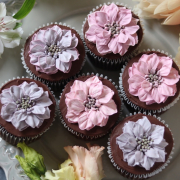 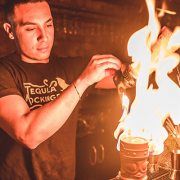