A great example of local businesses and charities working together for the better of our Wimbledon community.

Since 2015, Capsticks has been working in collaboration with the Wimbledon Guild, a charity in Wimbledon that supports many older people in the Merton community, to deliver the “Gadget Workshop”. This is a fun, informal mentoring session between Capsticks employees and older people in Merton who use the Guild’s services.

Around the beginning of 2015, the Guild identified that an increasing number of older people who used their services were becoming reliant on modern electronic devices, such as mobile smartphones and laptops, but were having difficulties using them.

Often all that was needed was some support to understand “the basics” that many take for granted, such as texting or using internet browsers.

Capsticks had been regularly volunteering at the Guild since 2013 and saw an opportunity for their volunteers (who are typically from a younger generation more at ease with modern electronic devices) to help.

Now the Gadget Workshop has been running successfully for over three years, with around four volunteers each week (taken from a rota of 30 people) attending the Guild every week to deliver informal support sessions, lasting around 30 minutes, to older people in the Merton community.

Capsticks are very proud of the Gadget workshop, which is organised each week by junior lawyers, Hannah Lane and Loren Meek.

Many of their other volunteers have found that almost every session involves a lot of really enjoyable relationship building with people from an older generation. “It is very clear that while we can teach them how to use their mobile phones, they can teach us far more important things learnt from a lifetime’s accumulation of wisdom!”

G like Gelato has opened it’s doors during this glorious heatwave to an eager public looking for something delicious to cool down.

G like Gelato, founded in November 2014 by a group of Italian professionals and friends wanting to export to the rest of the world the excellence of the old Italian tradition of ‘gelato making’. With their flagship store in Rome, they chose Wimbledon as their first UK site, and second global store, due to the international recognition and associations of excellence.

The store is more like an Italian kitchen and workshop where the produce is fresh and prepared in front of the customers. With their special recipe and technology it’s possible to produce authentic gelato in just a few minutes. There is a wide variety of flavours to choose from (check out their vegan options too!) as well as toppings if you want to go all out.  On offer will also be fresh pastries and of course, delicious Italian coffee, tubs of gelato to take home and enjoy, plus gelato cakes for special occasions. They’re doing their bit in the fight against single-use plastics using only compostable vegware products, which is fantastic.

Pop in and sample for yourself this taste of Italy in the heart of Wimbledon town centre (7 Wimbledon Bridge, SW19 7NH). 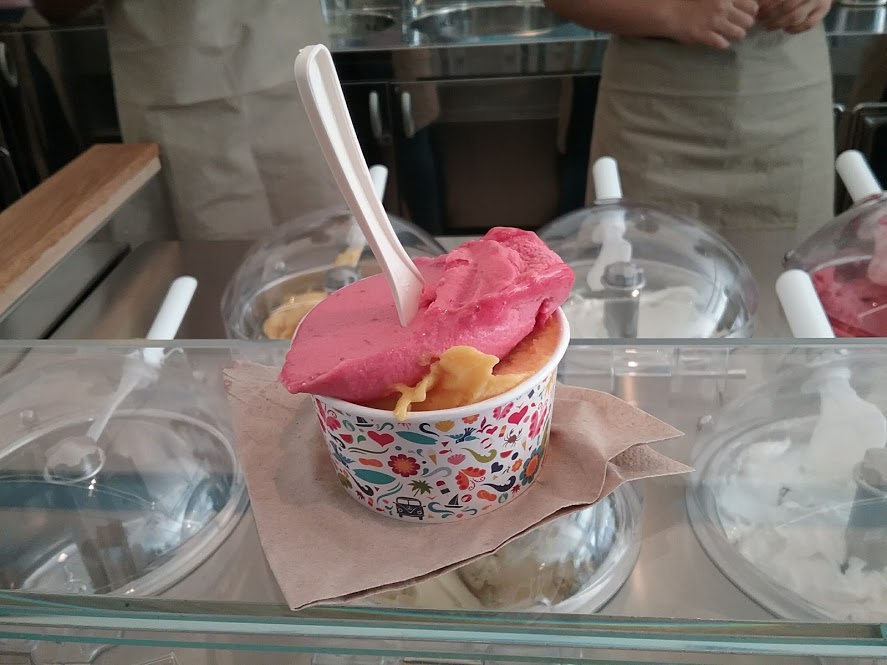 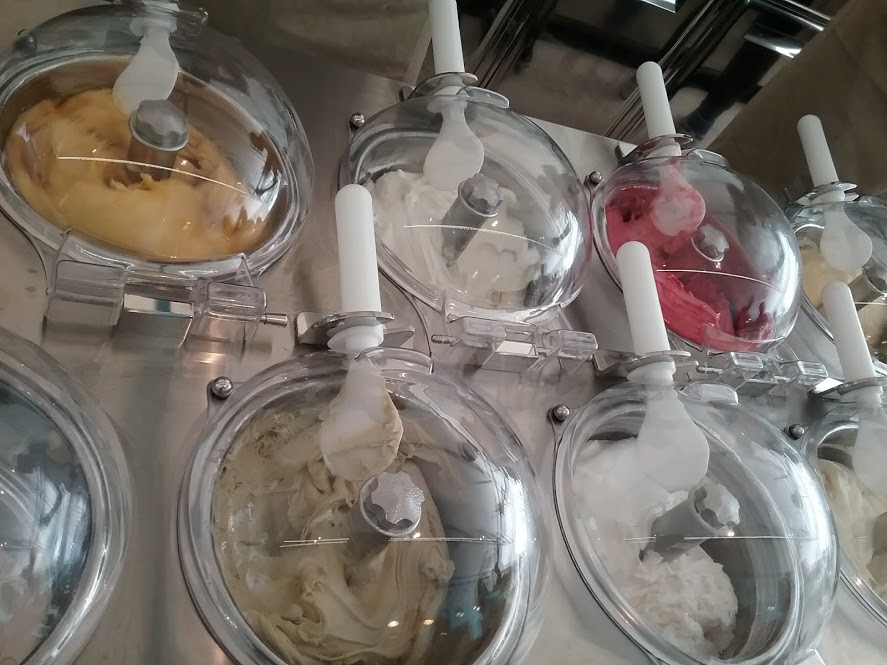 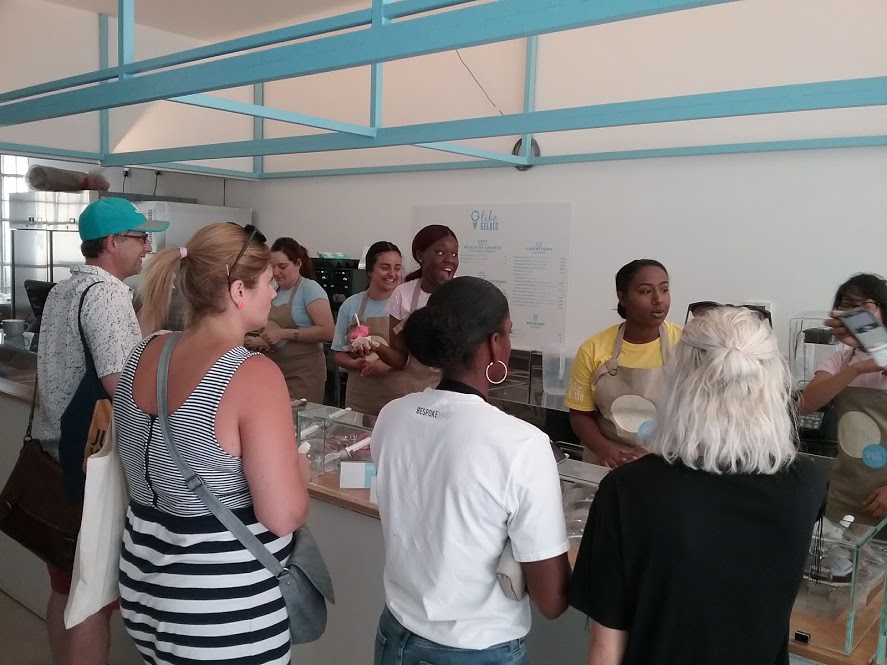 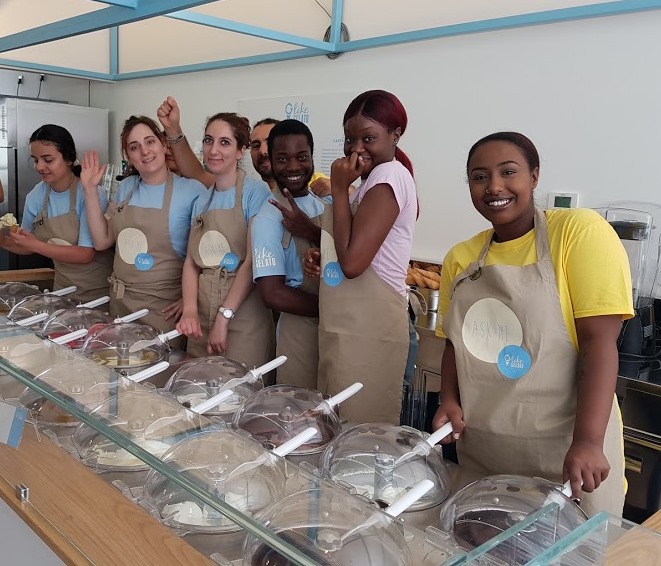 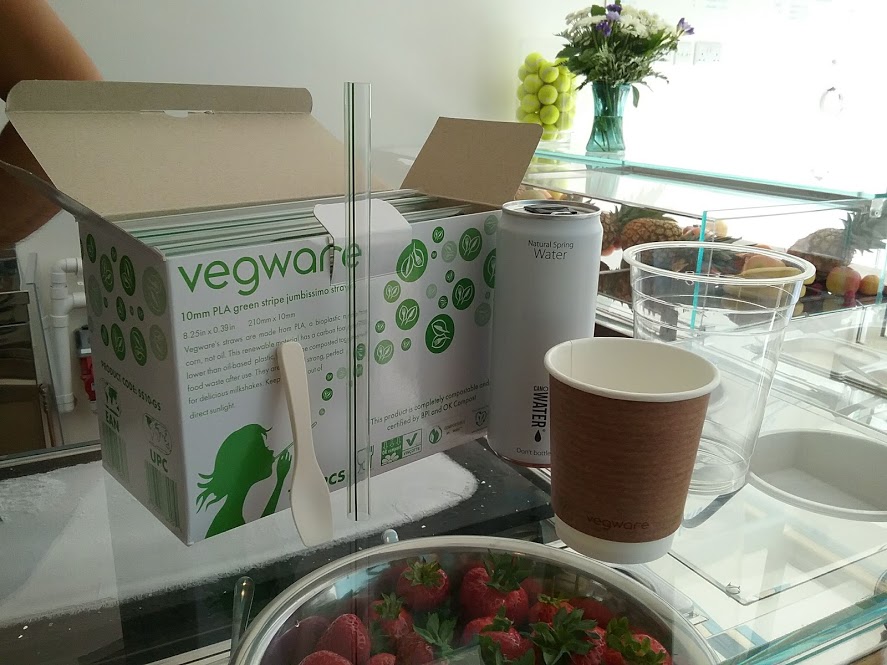 The Astroturf is down, the deckchairs lined up and the Big Screen is in place to bring all you the live tennis coverage from The Wimbledon Championships.

This year we have new Piazza partners, Peugeot who have sponsored the Big Screen. They have long been supporters of tennis and The Piazza is a great opportunity for them to promote their brand. A Peugeot spokesperson commented, “We are a proud supporter of the Lawn Tennis Association and tennis flows through out DNA, from celebrating over 30 years of partnership with Roland-Garros to our ongoing platinum partnership with the ATP World Tour. We’ve been passionate about tennis for more than three decades. So on The Piazza this year we hope everyone will sit back, savour a cheeky strawberry and enjoy the tennis“.

Our BID businesses have gone all out dressing shop fronts and decorating windows, installing inspired window vinyls and putting together beautiful tennis displays. There are tennis themed promotions running and look out for some bespoke staff uniforms in stores and eateries.  As previous years, the All England Lawn Tennis Club have paid for the hanging baskets and tennis banners around town, helping to make our town that much better for the summer and extending a warm Wimbledon welcome to all.