As part of their fundraising activities during Charity Week (including raffles, dress down donations, and a netball tournament), Close Brothers held at pub quiz at All Bar One to raise money for Cancer Research and the NSPCC.

With great prizes up for grabs for these great causes the 13 teams, included a mix of Close Brothers divisions and local businesses Metro Bank and Reed, battled it out for the glory of the title and all gave generously.

The winning team was Close Brothers ‘Norfolk and Chance’ – congratulations!

Speaking about their Charity Week efforts, Robin Farrer-Fisher, Close Brothers Premium Finance, commented “Our Wimbledon Bridge House office raised over £4.7k last week which will be matched by the Group and split 50% to Cancer Research and 50% to NSPCC. We are thrilled and hopefully they will be too.” 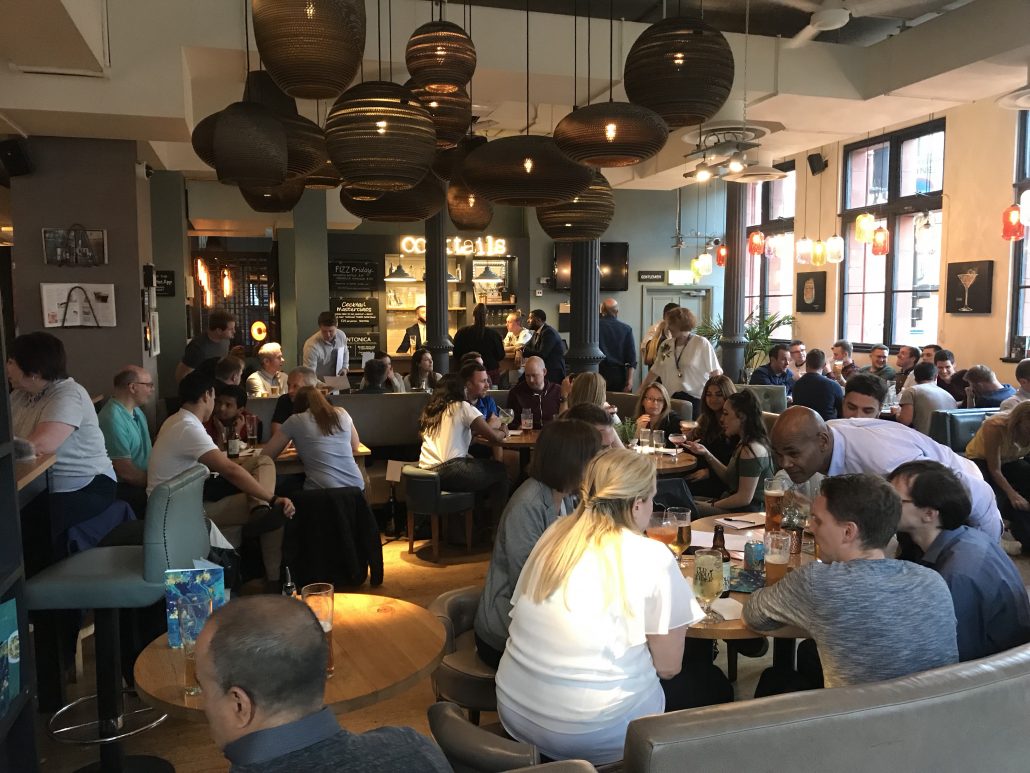