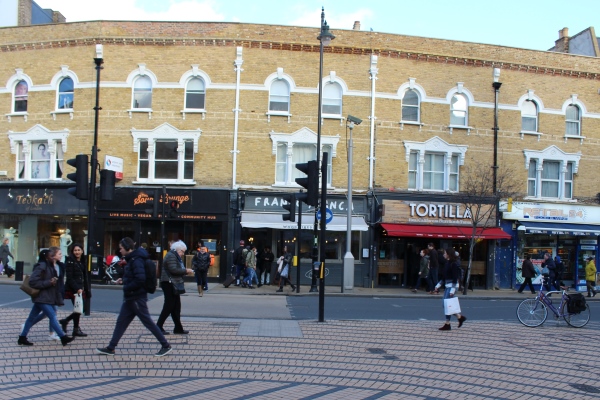 After securing contributions from freeholders, businesses and s106, FutureMerton, in association with Love Wimbledon is currently leading on a regeneration project to dramatically improve the tired Victorian terraces on The Broadway. Paul McGarry, Head of Future Merton commented,

Wimbledon has a rich Victorian history and the parade of buildings opposite The Piazza has suffered from years of grime and wear and tear. Working with the land owner and businesses, FutureMerton funded the cleaning and restoration of these period properties which now reflect their original character and look so much better. The works are part of the Council’s Future Wimbledon project and are another example of working successfully with businesses, land owners and Love Wimbledon BID to continually improve the town centre experience.

Due to its weathered and neglected appearance, 18-24 The Broadway (from pop-up music venue The Sound Lounge to local grocers Retail 24 opposite The Piazza) was deemed in need of refurbishment, having huge potential because of the intricate decorative features and character.

At the end of the project (March 2018) visitors to Wimbledon will see improvements such as rebuilt parapet walls, removed satellite dishes, cleaned and repointed brickwork with an entirely new traditional  Retail 24 shopfront, which will be more in-keeping with the architecture.