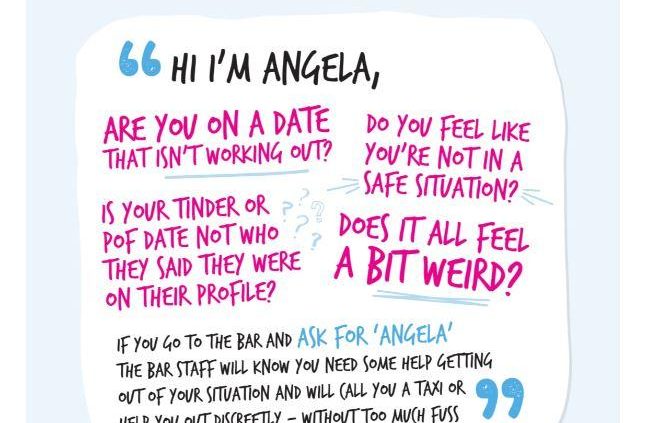 Love Wimbledon, working in partnership with Merton Council and Wimbledon police, has played a key role in helping to promote the ground-breaking personal safety campaign, “Ask for Angela” since raising awareness of it at the November PubWatch meeting. It was agreed by PubWatch attendees that all pubs, clubs and bars in Wimbledon Town Centre would take part in the campaign.

Originally launched by Lincolnshire County Council in September, the “Ask for Angela” campaign has attracted widespread support across the country, offering a simple but highly effective procedure for anyone feeling unsafe or uncomfortable in a public venue to quickly and discreetly seek help.

Following the PubWatch meeting, local police worked closely with Merton Council to promote the campaign across the borough. All of Wimbledon Town Centre’s pubs, clubs and bars are on board, displaying posters on their premises, publicising the campaign via social media and briefing staff on how to manage potentially distressful situations.

Advice for staff when someone “Asks for Angela”:

In an emergency dial 999