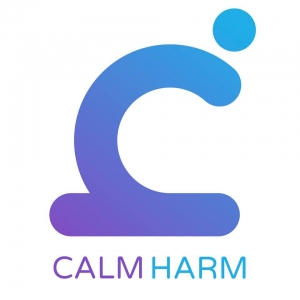 Mental health charity, stem4 has won the Digital Innovation of the Year award at the prestigious Third Sector Awards for Calm Harm, a free app to help teenagers manage or resist the urge to self-harm.

The Third Sector Awards champion innovative and impactful campaigns and the Digital Innovation Award recognises a charity or social enterprise that is pushing the boundaries of digital technology to reach supporters, donors, or beneficiaries.

According to NHS Digital, 12 per cent of children between the ages of five and 19 present with self-harm. Dr Nihara Krause, a consultant clinical psychologist and expert in self-harm, created the Calm Harm app using ideas from evidence-based therapy Dialectical Behavioural Therapy. The app uses a range of targeted five or 15-minute activities to help alter thoughts, emotions and behaviours, supporting young people to “ride the wave” of emotion they experience. The activities come under four headings: Distract, Comfort, Express Yourself and Release, while a breathing technique helps to reduce symptoms of anxiety. The app also helps users start to understand the underlying trigger factors, allows them to track their progress and signposts them to further help.

The app has been downloaded more than 927,000 times in about 171 countries, with 590,499 people using it more than once. 93% of users have reported a reduction in the urge to self-harm after completing an activity.

This award recognises the important work stem4 do in providing evidence based mental health apps which are clinician led but developed co-collaboratively with young people and data driven for effectiveness.  We are pleased to be able to offer young people an effective form of symptoms management and signpost them to help. We are very appreciative, especially as a small charity, that the work we do is recognised and celebrated by the Third Sector Awards.

stem4works with students, parents and teachers in secondary schools as well as health professionals including GPs and school nurses through their conferences programme and their digitally delivered workshops suitable for PHSE in schools and is included in the Royal College of GP toolkit.