The Night Larry Kramer Kissed Me 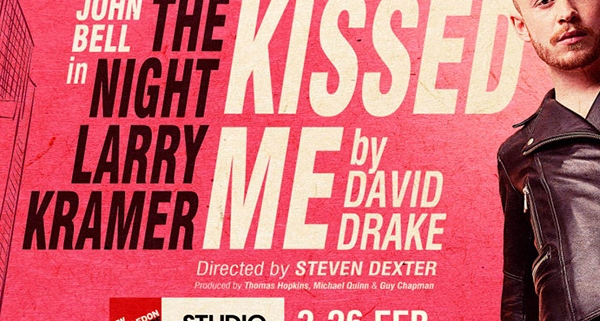 A heart-warming, coming of age story of a young gay actor, his call to gay pride and activism in New York during the onset of HIV/AIDS in the 80s.

After attending a performance of Larry Kramer’s play The Normal Heart, a young man’s life is changed forever that night thanks to the power of theatre.

Broken up into a series of stories, Drake abstractly documents a gay man’s journey of self-discovery. From the late-night club crawl to the buff-bunny gyms, from the threat of anti-gay violence to the place where condemnation, compromises and closets are a thing of the past, the play exposes the sexual, spiritual, and political yearnings at the heart of gay America shared by a whole generation of gay men and women.

Director Steven Dexter, says “It’s a touching and funny play that remind us all how important theatre is, especially after the tough few years our industry has had.”

The play premiered at New York’s Perry Street Theater, and played for a full year off-Broadway, making it one of the longest running solo shows in New York.

David Drake won several awards for his writing and performance of The Night Larry Kramer Kissed Me, including an Obie Award for performance in 1993, and two Dramalogue Awards in the same year. He was also nominated for a Lambda Literary Award the following year.