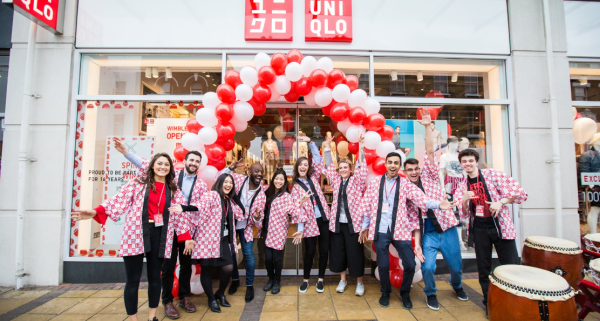 UNIQLO Wimbledon reopened on Friday 21 April following an extensive refurbishment of their store on The Broadway.

Hundreds of eager customers queued up on Friday and Saturday morning to get a first glimpse at the new store and claim a lovely goody bag. Balloons festooned the store entrance and traditional taiko drummers performed outside and could be heard from either end of The Broadway.

Uniqlo Wimbledon was the first of the iconic brand’s stores to open outside Japan, in 2001 and Wimbledon is thrilled to have the new store back in action.