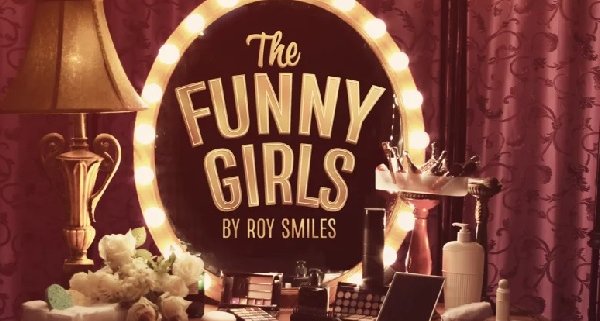 When Barbra Streisand was nineteen she was no superstar. She was sleeping on her mother’s couch. Her step father was making nose jokes. She was working in a Chinese restaurant. In an attempt to get out of Brooklyn she has a dream: to act.

Thus she finds herself in an off-off-off Broadway production. The play is lousy. The theatre is a shabby upstairs room. The woman playing her lesbian stalker? A recently divorced twenty four year old Joan Rivers. Joan is living with her parents. She wants to break out of her dull middle class life. Before she dreamed of being a comedian? She was going to be an actress. Thus she shares a shabby stage in a shabby theatre with the young, insecure Streisand.

On this night Streisand’s mother has come to see the show. Barbra knows her mother will criticise. She knows her mother will dump on her dreams. She is terrified to face her. It’s up to Joan Rivers to talk her into going on stage: to become the star she will surely be. There is an agent in to see the show. It’s Rivers’ big chance. She will get Streisand on stage come hell or high water. Mayhem ensues.

Fast forward ten years: Streisand is playing Vegas. She is a huge star. Rivers is now a hugely successful comedian. The toast of The Tonight Show. She comes to visit Barbra.

Both believe they are the most talented Jewish woman on the planet. One of them is wrong….

THE FUNNY GIRLS explores the egos & dreams of two of the greatest talents of their generation. They’re funny, they’re pissed off, they’re – The Funny Girls. A comedy for two. Written by Roy Smiles, author of KURT & SID and YING TONG.