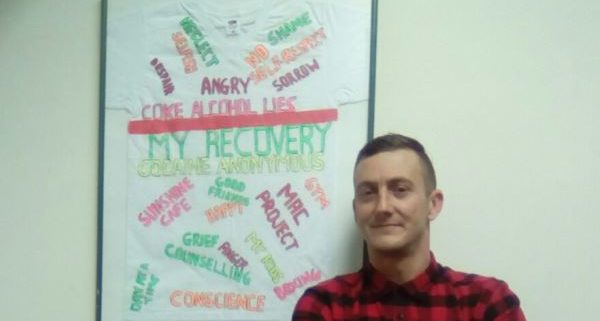 The Merton Winter Night Shelter is busy in it’s seventh year, operating with various faith groups in the area. It is lead by YMCA St Paul’s Group (formerly YMCA London South West) and supported by Wimbledon Foundation and Merton Council. 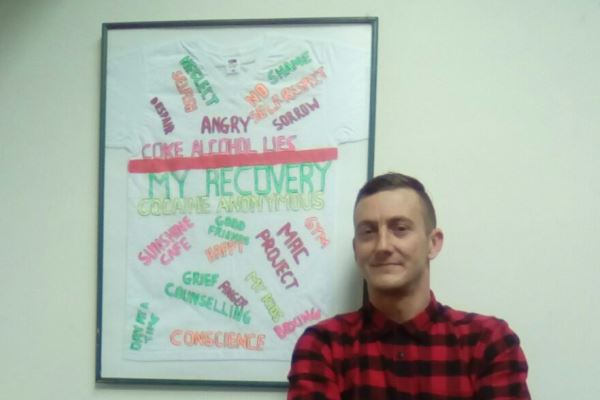 Rob Lowe, aged 38, is a recent guest at the Merton Winter Night Shelter and has been living at YMCA Wimbledon for the past 3 weeks. Struggling with recovery from alcohol and substance mis-use, Rob left his job as a scaffolder and broke up with his partner, leaving behind his 17 year old daughter and two sons aged 5 and 6. His descent into addiction was triggered by the suicide of his mother and the subsequent death of his
father.

“I just numbed the pain with cocaine and alcohol.”

He lived in his car while he was in rehab, but lost the car as the lease came to an end. He found himself living on the streets.

“I was sleeping in car parks and at A&E at St George’s hospital until I got moved on, as well as sofa surfing,” he says.

Friends’ goodwill understandably ran out though, and he found himself at the Winter Night Shelter seeking help.

“I spent 10 weeks with the Night Shelter, and I stayed at all the venues. All of them were great, with lovely volunteers but my favourites were the Synagogue and the Everyday Church,” says Rob.

Keeping to his recovery plan has proved difficult for Rob while being homeless, but he has been determined to do it and it’s been nearly 6 months since he had drugs and 3 months since he had a drink, so he is very positive about the progress he’s making. He attends local AA meetings and has a sponsor and a 12 point plan in place.

The Merton Winter Night Shelter isn’t just about hot meals and a bed for the night. Volunteers and YMCA staff work hard to help their guests get back on their feet.

Rob had lost all of his ID and bank cards and Nicki Zisman, the YMCA Night Shelter Coordinator helped him to sort this out.

“Nicki was fantastic, within two weeks she had got me a replacement birth certificate, as well as an Oyster card so that I could get around,” says Rob.

The same guests tend to stay for a few weeks at the Night Shelter and Rob made some good friends whilst he was there, particularly a group of Polish guys who he intends to stay in touch with. It was these connections and the support that he received which was so important for Rob.

“YMCA saved my life. If I had stayed on the streets, I would have had a relapse into drugs and alcohol, I know it. I can’t thank Nicki and her colleague Krysia enough for all that they have done for me.”

The shelter has capacity for 12 guests like Rob each night and runs until early March. The YMCA LSW Project Coordinator at YMCA Wimbledon allocates places at the Winter Night Shelter to those people who are either referred by partner agencies or who have self-referred. For the first time this year, YMCA LSW will be operating an online referral system. Those guests who have a place at the shelter must attend everyday otherwise their place will be given to the next person on the waiting list. Many people are referred via the Merton Faith in Action Homeless Project. Beds are set up at the venues where the guests are also provided with a hot dinner, and depending on the venue, a shower too. Set-ups vary from venue to venue, depending on space.

“We have seen an increase in the numbers of homeless people in the area this year, particularly around Wimbledon town centre, so the Winter Night Shelter is more important than ever to provide a safe, warm, welcoming place on the coldest nights,” says YMCA Area Director, Rebecca Stockman.

Key to the operation are the fantastic volunteers who work on a rota basis from around 6pm throughout the night to provide a hot evening meal, beds, advice, support and breakfasts.