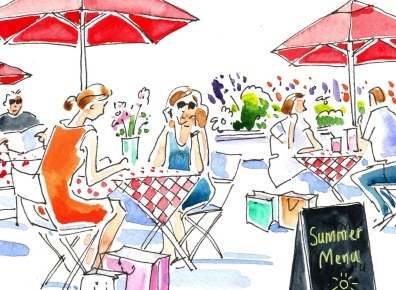 The finalists have been announced for Time and Leisure’s prestigious Food and Drink Awards. Almost a third of all nominees are Wimbledon venues, making it the most popular eating destination in South West London. 1 in 6 of venues voted for were based within Wimbledon Town Centre – a fantastic achievement.

Love Wimbledon are proud to be a sponsor of these awards and look forward to cheering on our BID businesses at the awards cermeony on the 7th September.

Have you tried dining in one of these award winning venues in Wimbledon? If not, what are you waiting for – the 2015 awards recieved the highest amount of votes this year, so they come well recommended!

Read more about the awards and see all shortlisted businesses here.

The ArtShed becomes a piece of art!