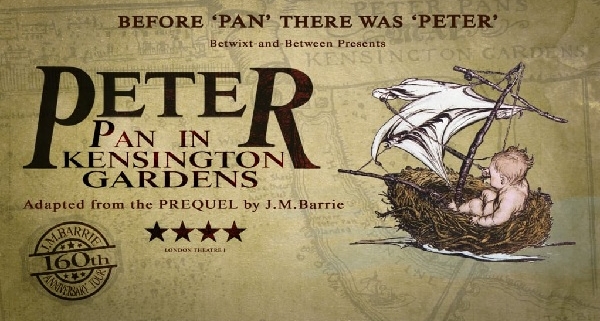 Fly away with Betwixt-and-Between’s stage adaptation of J.M.Barrie’s lesser-known prequel to Peter Pan.

Discover the origins of how one child called Peter became ‘the boy who wouldn’t grow up’ through the imagination of 13-year-old runaway Mary and her father as they act out the stories of Peter’s earliest adventures in Kensington Gardens. Introducing wonderful new characters including Solomon Caw, the old crow and Mab, Queen of the Fairies, Peter Pan in Kensington Gardens is an ode to imagination and play for the young at heart of all ages, crammed with Barrie’s charming brand of nostalgia and wit. Celebrate Barrie’s 160th anniversary this spring by joining Mary to hear the forgotten story of Peter’s beginnings, as she explores what it really means to ‘grow up’ and finds for herself that to live is an awfully big adventure.

We will rock you
Scroll to top
This site uses cookies: Find out more.